Special project in the works for the 2017 VR Bash! The Can-Am Spyder is so cool looking it should probably be in Halo. Sadly, it isn't. But tears have no place in the motor sports world so we've been scheming with our good friends at Boise Codeworks to get some vehicles for a mixed reality experience at the 2017 VR Bash. The IVRC's very own Chuck Westerburg got crafty and reached out to Birds of Prey Motorsports to see if they might lend us a couple of Spyders and we couldn't have been happier that they said yes!

At this point, you are probably assuming that this MR demo is already special enough and we should just get to development. You couldn't be more wrong! Not only will this project be an awesome mixed reality experience at the VR Bash. And not only will the experience feature two Can-Am Spyder vehicles. We've decided to pile on and bring even more cowbell with special pre-release VR technology the likes of which you've never seen before!

We won't tell you what this new tech is. But tweet a guess to @IdahoVRCouncil and Follow us. You'll be entered to win a special prize at the VR Bash on October 5th at JUMP!

FREE REGISTRATION FOR THE 2017 VR BASH! 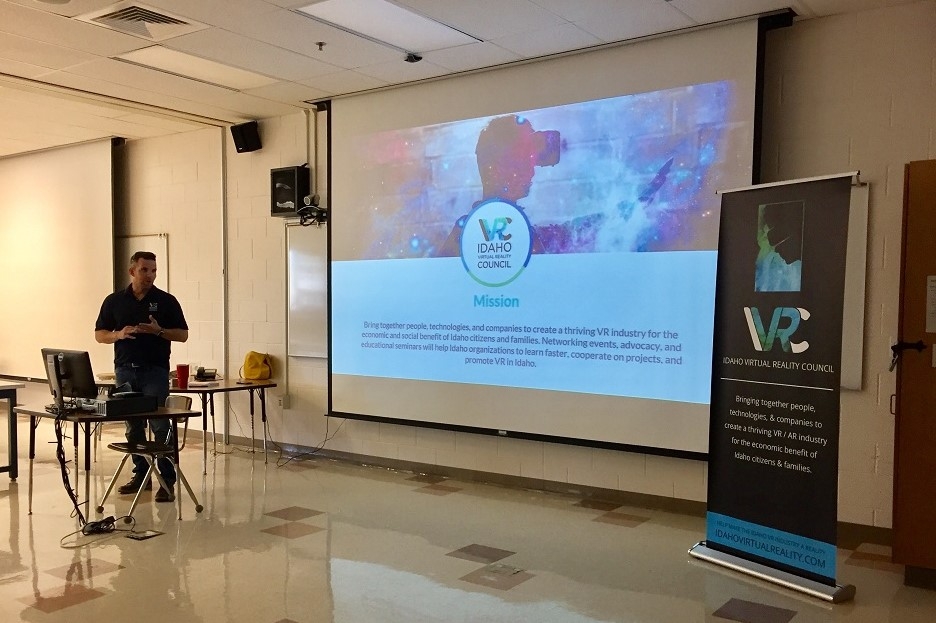